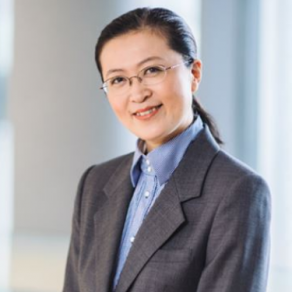 Professor Liu Bin, Provost’s Chair, was appointed Vice President (Research and Technology) at the National University of Singapore (NUS) on 1 September 2019. She has been the Head of the Department of Chemical and Biomolecular Engineering since July 2017.

Liu Bin graduated with a bachelor’s and master’s degree from Nanjing University, and PhD in Chemistry from NUS. She had postdoctoral training at the University of California at Santa Barbara. She joined NUS as an Assistant Professor in 2005, and was promoted to full Professorship in 2016.

Liu Bin is a leader in the field of organic functional materials, who has been well-recognised for her contributions in polymer chemistry and applications of organic nanomaterials for biomedical research, environmental monitoring and energy devices. She is named among the World’s Most Influential Minds and the Top 1% Highly Cited Researchers in Materials Science by Thomson Reuters and Clarivate Analytics. She is a prolific researcher with over 350 publications and holds 30 patents with 16 of them licensed to different companies in US, UK and Asia. In 2014, she co-founded Luminicell, an NUS spin-off company that produces organic luminescent nanoparticles for use in medical and biological applications.

Liu Bin has an impressive list of accolades to her name, including the National Science and Technology Young Scientist Award 2008, L’Oréal Women in Science National Fellowship in 2011 and the 2016 President’s Technology Award. Most recently, she was awarded the prestigious 2019 American Chemical Society ACS Nano Lectureship Award, which honors three award recipients from around the world who have significantly impacted the fields of nanoscience and nanotechnology.

Liu Bin is a Fellow of the Singapore Academy of Engineering, Asia Pacific Academy of Materials, and Royal Society of Chemistry. She serves on the editorial advisory boards of more than a dozen top peer-reviewed chemistry and materials journals. Since 2019, she serves as the Deputy Editor to launch and develop ACS Materials Letters, a flagship materials journal of the American Chemical Society. She is passionate about nurturing the next generation research leaders and encouraging more women to pursue careers in science and engineering. 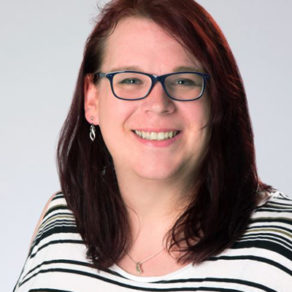 Tanja Junkers graduated with a PhD degree in physical chemistry from Goettigen University in Germany in 2006, having worked on the determination of kinetic rate coefficients for radical reactions during polymerizations. In the two years that followed, she was research associate at the University of New South Wales in Sydney, shifting her focus more and more towards synthetic polymer chemistry. Between 2008 and beginning of 2010 she was a senior research scientist at the Karlsruhe Institute of Technology in Germany in the group of Prof. Christopher Barner-Kowollik. Early 2010 she was then appointed professor at Hasselt University in Belgium, where she founded the Polymer Reaction Design group. January 2018 she joined Monash University as full professor, focusing on her work on continuous flow polymerizations, (nano)particle formation and design of complex precision polymers. For the time being, she keeps a guest professor role at Hasselt University until her last PhD students there will have graduated.